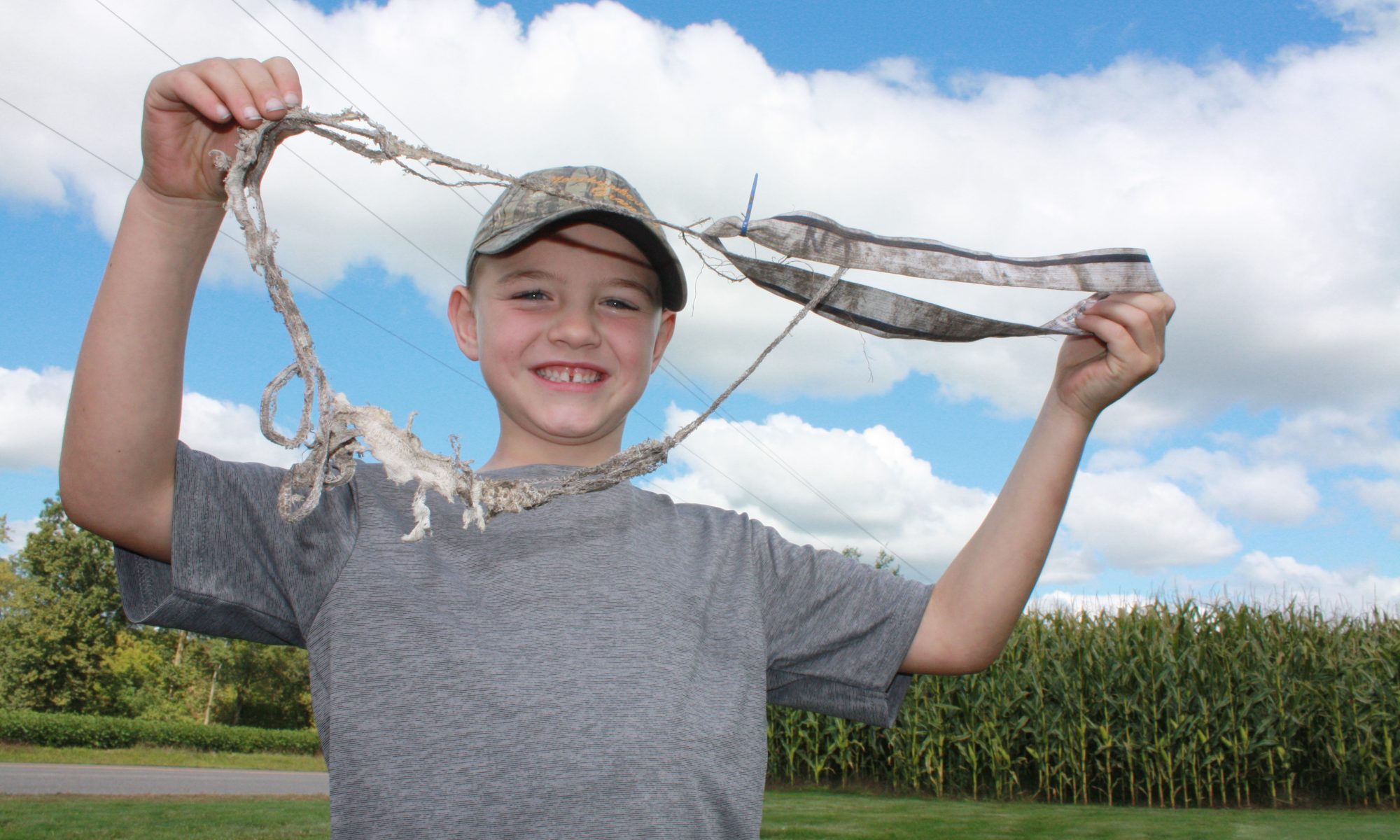 Will Honey is 5 years old but he already understands soil is alive and well.

After attending the Soil Health Workshop held in Batawa earlier this March, Will’s grandfather, Bill Honey of Warkworth, ON, came home with three pair of underwear to bury on his farm as part of the “Soil Your Undies” campaign. A veteran no-till farmer, Bill buried one pair of the white, 100% cotton briefs in his fencerow, one pair in his field, and then he asked a neighbour if he could bury the third pair in their conventionally tilled field next door.

Bill says the conventionally tilled pair never stood a chance. This spring being what it was, the next door neighbour forgot all about the experiment before having to make another unplanned pass across the field with the disc. But six weeks after burying the other two pair, there was very little to find in the fencerow and surprisingly, even less in the field.*

But that didn’t stop Will from helping his grandfather look for all the pieces anyway. The remnants of both pair are now prized possessions relinquished to Will’s safe keeping and he can explain what happened to ‘his’ underwear, although he gets a little camera shy.

“The worms ate them!” he says.

*Note of interest: OMAFRA staff passing by the Honey family’s pair of underwear, while it was on display at the Quinte booth during Canada’s Outdoor Farmshow, theorize that trees in this particular fencerow may be drawing organic matter from the soil profile and storing more above ground than soil microbes are receiving from falling leaves.

These results are not typical of most #SoilYourUndies experiments.